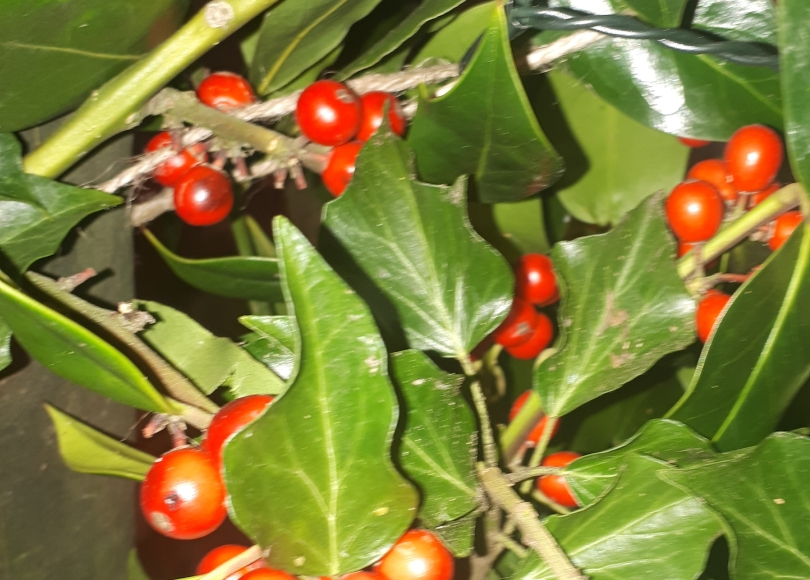 I’m feeling in a festive mood thanks to all the natural crafting and spice-scented baking I’ve been doing. The fridge is filled with mincemeat, chutney and jam made from allotment and foraged produce. I’ve decorated my houseplants with home-made and repurposed decorations.

I’ve avoided the urge to spend (not least because I can’t afford to) but Christmassy crafting using recycled materials and natural finds has helped me feel festive regardless. 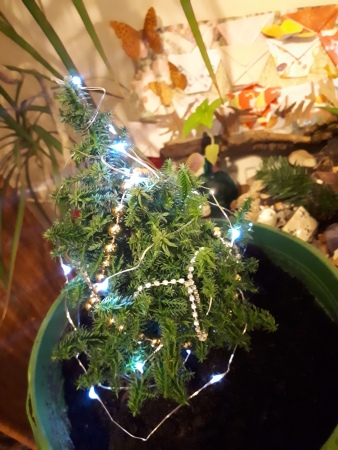 Today was once marked by Saturnalia. This celebration of Saturn, and light, ran until 23rd December, reminding us that the Romans knew how to party. Saturn was the god of prosperity, wealth and dissolution, among other things, and celebration was certainly decadent.

It involved feasting, singing, lighting torches, gift-giving and the overturning of social norms. Masters served their slaves as everyone’s rank was deemed equal, and slaves could disrespect their masters without punishment (at least in theory). Men and women swapped clothes,  bright colours replaced the usual togas, and gambling was permitted, as was free speech.

People baked bread (sometimes shaped as genitalia for luck), made savillum, or fried pastries drizzled with honey and sprinkled with pepper. Pigs were boiled in milk or roasted with figs. Wine was mulled. A King of Saturnalia (or Lord of Misrule) was often chosen to lead the carousing. Overeating and drunkenness were encouraged.

According to Martial, along with toys for children, gifts included, “writing tablets, dice, knucklebones, moneyboxes, combs, toothpicks, a hat, a hunting knife, an axe, various lamps, balls, perfumes, pipes, a pig, a sausage, a parrot, tables, cups, spoons, items of clothing, statues, masks, books, and pets.” It’s a relatively contemporary list, aside from knucklebones, though it’s odd imagining festive parrots. Apparently, the lower the value of the gift, the higher you value placed on your friendship. People also shared poetry rather than cards.

With a little moderation (hangovers bore me and I’d rather eat enough than too much*), I think the return of Saturnalia would be great. It fills the gap before Christmas, and celebrating light in midwinter makes sense (which is probably why so many cultures do it).

Choosing low cost, useful personal gifts is far better than opting for expensive but impersonal ones. Swapping poetry rather than cards sounds fun. And it would be fun to see power shift, even if only for a week.

Celebrating the passing of the seasons helps me feel connected with nature. Celebrating ancient holidays connects us with the past. And having an excuse to cook food fit for a feast works for me. Happy Saturnalia.

*That said, I can’t believe it’s taken me until now to discover the Thirteen Desserts of Christmas. I support this marvellous idea.