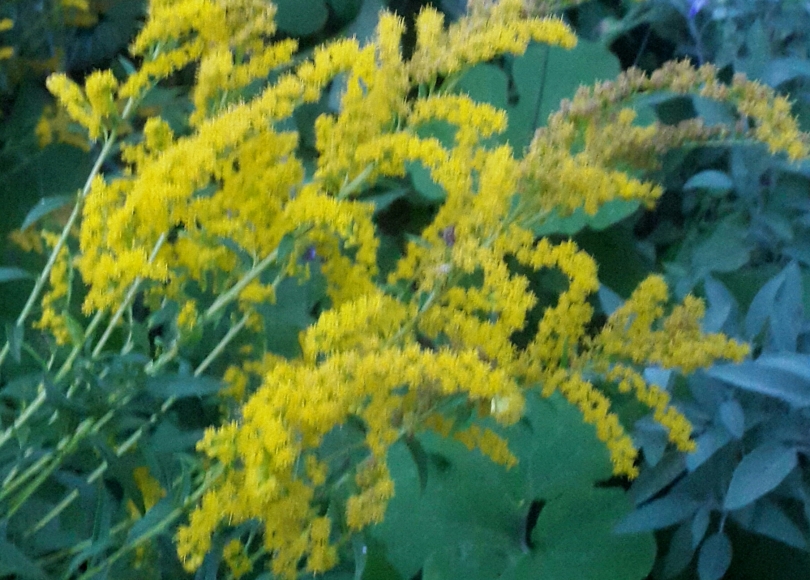 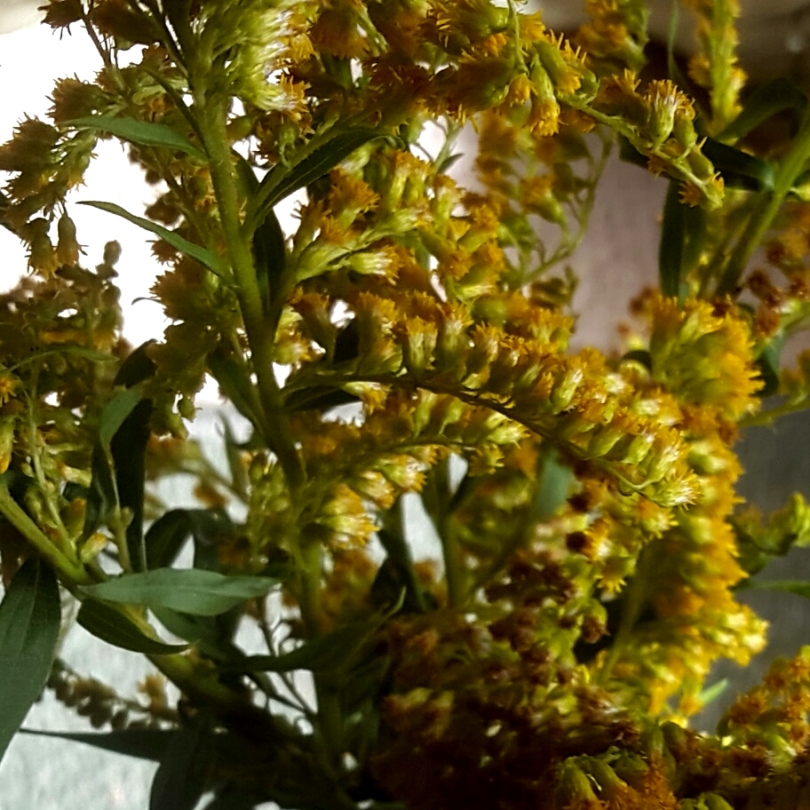 As a child, I was lucky enough to grow up around people who love stories and plants. From the Flower Fairies to Brighid,  The Bluebird to The Secret Garden, I was shaped by nature stories.

So many flowers have fantastic associated folklore. Here are some of the stories behind one of the flowers I encountered this week – along with the ways it has been used over time.

The Latin name for Golden Rod is Solidago, which means, ‘whole’ and is thought to be a reference to its reputed healing powers. It is also known as woundwort for this reason.

Abundant goldenrod is thought to indicate the source of a hidden spring (or hidden treasure). It’s also considered a sign of prosperity. If it starts growing near your home, you could be on to a winning streak. (This yellow wonder is abundant at Loughborough community allotment so maybe they’re in for some luck…). 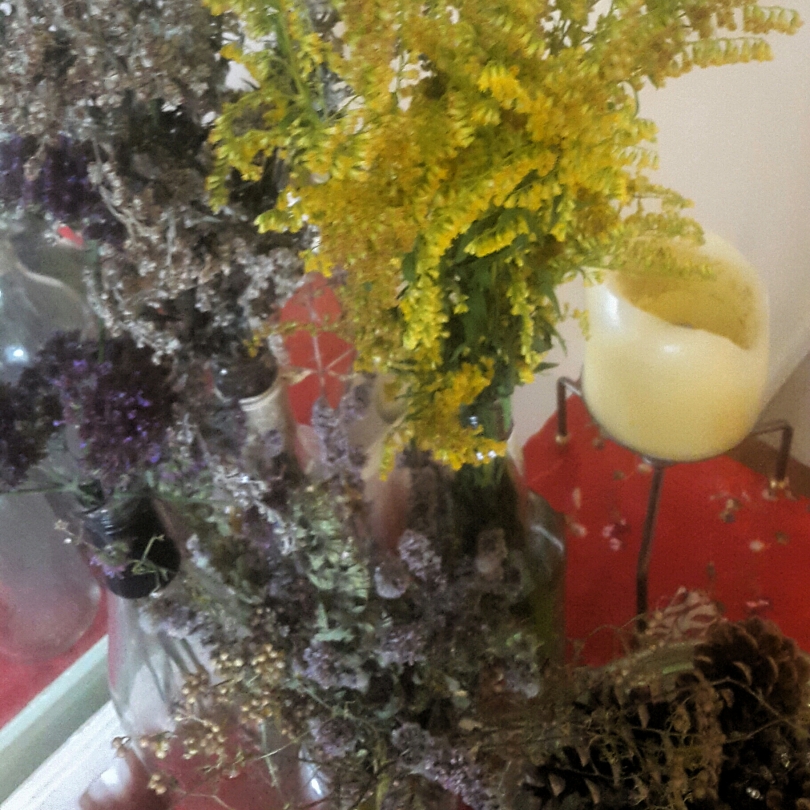 Goldenrod is a versatile plant.  It’s used to make tea, dye and lucky charms. It was even used in the earliest car tyres. Apparently, “Goldenrod contains about 7% rubber naturally and through experimentation fertilizer and cultivation, Edison produced a six foot tall goldenrod that contained 12% rubber.”

As if that wasn’t enough, Goldenrod is also thought to have healing properies. Some use it to treat inflammation, others for UTIs. It’s also been used to treat eczema, arthritis, bee stings, ulcers, and to staunch blood flow from wounds, apparently very effectively. However, there is not currently scientific research to support these claims.

There are no known risks in using goldenrod but you should avoid it if you are pregnant, or have serious heart or kidney problems.

Goldenrod is great for pollinators too. It’s a source of nectar for Monarch butterflies – and butterflies in general, along with bees, beetles, moths, wasps and flies.

The whole goldenrod plant is edible. Use the flowers and leaves for tea. It has a mild aniseed flavour. You can also make goldenrod oil and tincture with the flowers, used for aches, inflammation and congestion.

Goldenrod has some lovely associated stories. One says it came about after a scared old woman in the woods asked the trees for a walking stick but they refused.

The woman found a stick and asked it for help. The stick agreed to be her staff and she leaned on it to get through the forest.

When the old lady reached the edge of the forest, she turned into a fairy, and sprinkled gold on the stick in gratitude for its support,  turning it into goldenrod.

It also looks pretty in vases or bottles. I cluster it with other seasonal flowers to create a late summer display. 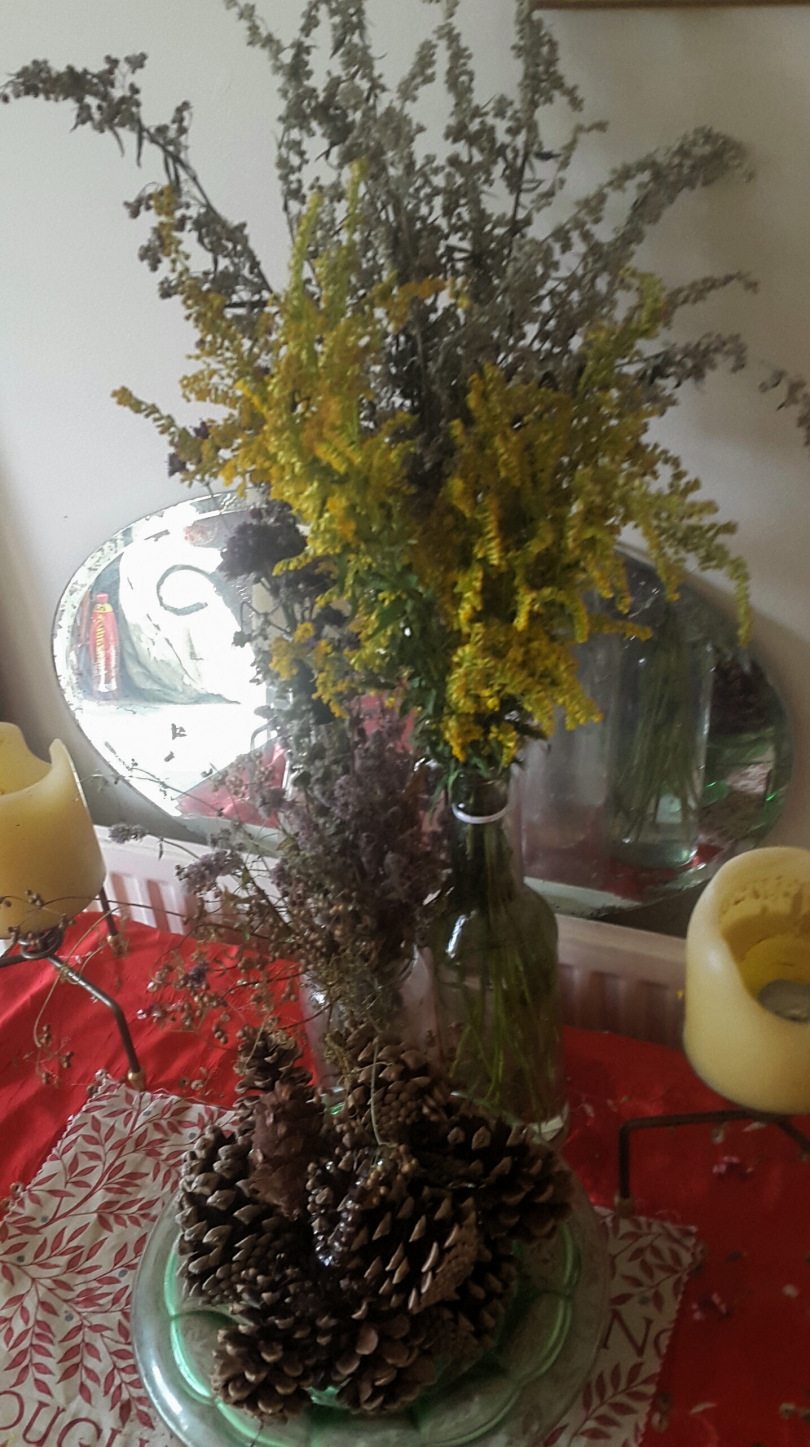