One of the joys of living near the canal is that I get to see all manner of wildlife growing up. I have the ideal pets for a commitmentphobe: low-maintenance but bringing me lots of happiness, with no more demands than the occasional bag of birdseed. There are ducks, moorhen and swans – and a lot more besides.

Of course, there are sad moments: when 7 cygnets became 6, then 5. But there are moments of joy too: when the cygnets appeared to be waving off two of their siblings who were going for a swim.

And then mum (or possibly dad) joined in.

My partner has got into the habit of yelling out the window at people who seem to think that throwing things at swans is the best way to make them move.

While the swans are protective when the cygnets are small, they very rarely do more than hiss. (I go for the ‘distract with food’ option if they are blocking the canal path – and, admittedly, took an alternative route once when there were two adult swans in maximum ‘protect’ mode.)

Over the course of the year, I’ve seen the cygnets grow up, with an almost ever-present parent. 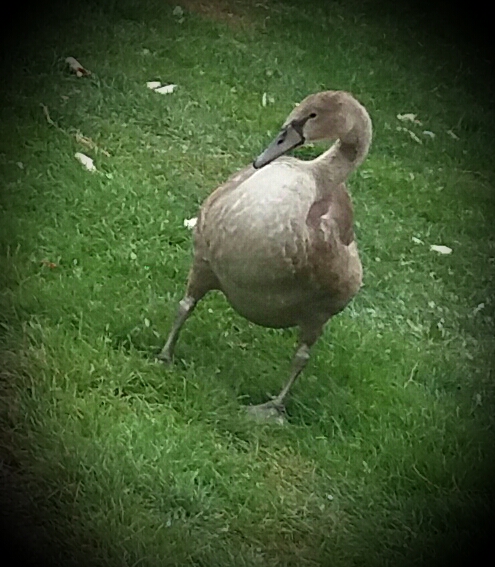 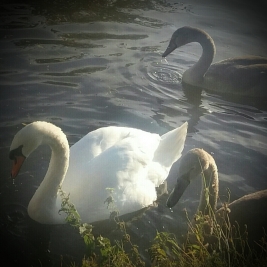 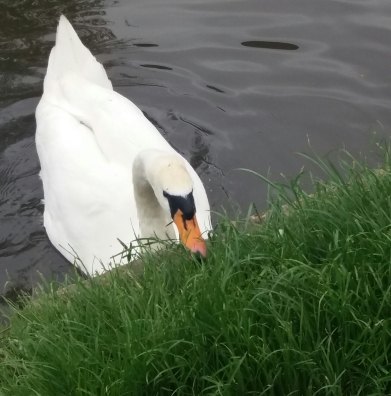 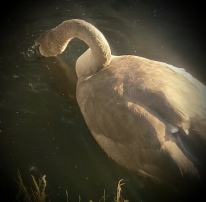 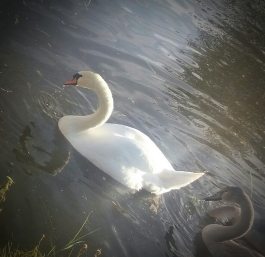 I’ve collected swan feathers galore for crafting (which feels incredibly decadent). And the swans seem to recognise me as a food source and play nicely now.

So don’t be scared of swans. Get to know them better and admire their beauty instead.