If trees were man-made, they’d be lauded as super-machines. They fight air pollution, reduce air temperature, absorb carbon dioxide, help prevent flooding, provide shelter for wildlife, offer materials for us to build our own shelter and fire, and in many cases, provide food too.

Despite this, we take these natural wonders for granted, chopping down ancient trees and forests and allowing land to be cleared  to ‘pave paradise and put up a parking lot’.

According to the Woodland Trust, only 2 percent of the UK is ancient woodland – which can be seen on maps dating back to the 1800s (though the trees are thought to date back even further, to 1600 in England and 1750 in Scotland.)

Ancient woodland may even be linked to the woodland that covered the UK around 10,000 years ago, after the last Ice Age.

However, almost half of the ancient woodland in the UK needs restoration, thanks to trees being felled, and replanted or underplanted with non-native conifers and invasive species such as rhododendron.  This is highly damaging to the ecosystem, and can smother delicate flowers and plants.

While replanting programmes are fantastic, replacing an ancient tree with a new sapling is obviously far from like-for-like in term of fighting pollution and supporting wildlife. We need to protect ancient woodland as well as planting new trees.

Trees aren’t just good for the planet. Stand under an ancient tree and you can feel the history of something that was alive years before you ever existed – and will, in all likelihood, outlive you. 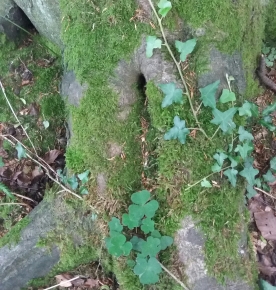 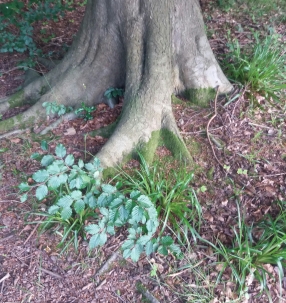 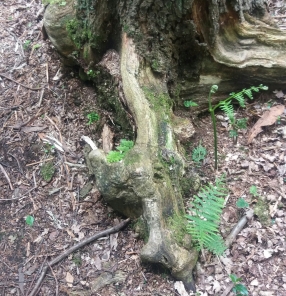 Sitting down and feeling the roots always makes me feel grounded, and connected to something larger than myself (including lots more trees, thanks to the internet of fungus that trees use to communicate.)

It’s easy to take trees for granted. However, in a year, an acre of mature trees absorbs the same amount of carbon dioxide as would be produced by a car driving 26,000 miles. Without trees, we’d struggle to breathe. Deforestation is already responsible for 15% of global greenhouse gas emissions and this only looks set to worsen unless we act fast.

So show some woodland love: visit the woods, plant an oak, or join The Woodland Trust. Better yet, do all three and support the tree.