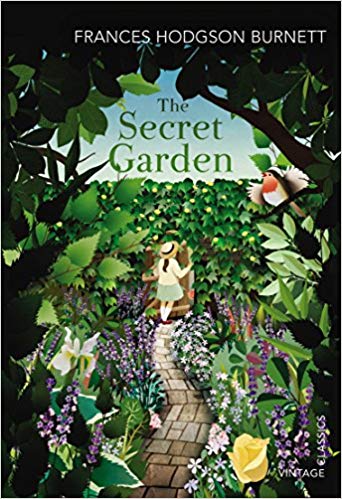 I first read Frances Hodgson Burnett as a child and fell in love with The Secret Garden. It’s a book that is still much loved today – and always makes me curious about doors that could lead to hidden gardens.

Burnett also wrote Little Lord Fauntleroy (which I have yet to read) and A Little Princess, which is another favourite of mine, along with many other books.

She started writing to help support her family, aged 19, after her father’s death. Born in Manchester in 1849, she moved to the US with her family as a teenager, but returned to the UK in the 1890s before returning to the US where she lived until she died in 1924.

Married twice and divorced twice (described by the Washington Post as being because she had “advanced ideas regarding the duties of a wife and the rights of women”) the death of one of her two sons from TB led to depression which affected her throughout her life, though she continued writing until the end.

Here are some of my favourite quotes.

“If you look the right way, you can see that the whole world is a garden.”

“Two things cannot be in one place. Where you tend a rose, my lad, a thistle cannot grow.”

“Perhaps to be able to learn things quickly isn’t everything. To be kind is worth a great deal to other people…Lots of clever people have done harm and have been wicked.”

“Two worst things as can happen to a child is never to have his own way – or always to have it.”

“Of course there must be lots of Magic in the world,” he said wisely one day, “but people don’t know what it is like or how to make it. Perhaps the beginning is just to say nice things are going to happen until you make them happen. I am going to try and experiment.”

“Everything is made out of magic, leaves and trees, flowers and birds, badgers and foxes and squirrels and people. So it must be all around us. In this garden – in all the places.”

“Hang in there. It is astonishing how short a time it can take for very wonderful things to happen.”