As the new year starts, it’s time to go wassailing. Traditionally carried out on 12th Night (5th January or 17th January, depending on the calendar used), the word wassailing originates from the toast ‘Waes hael’, meaning good health.

It involves toasting apple trees with a libation of cider, and pieces of bread. Some people make a wassail punch, adding spices and honey to cider or ale, and soak the bread in the punch for the tree. Singing to the trees, and drinking,  along with making as much noise as possible to scare away evil spirits, is thought to guarantee a bountiful harvest.

If you don’t have an apple tree of your own, wassail a tree that you’ve picked windfalls from – or could later this year. You may be grateful come harvest time (if potentially embarrassed, should someone stumble upon your public wassailing).

Some people make bread ornaments to hang on trees, as a way to wassail and keep birds happy. Birds will be even happier with fatballs and birdseed, though this blackbird was enjoying the remaining apples. And remember to leave water out for birds at this time of year, particularly when it’s freezing weather.

There’s more to January than wassailing and feeding birds. The first snowdrops of the year have already been reported. I’ve yet to see one but am looking out for them: I love seeing new life emerge from the depths of winter.

You may also find gorse, dandelions, daisies and numerous other hardy wildflowers, if you look closely enough. Share them on Sundays 8-9pm during #Wildflowerhour, and enjoy other people’s flower photos brightening up your Twitter feed.

January is also the ideal time to light a fire. 13th January (St Hilda’s Day) is traditionally thought to be the coldest day of the year: it’s reported that on St Hilda’s Day in 1205, the Thames froze over. And even if it’s not quite that cold, a fire helps brighten January nights. 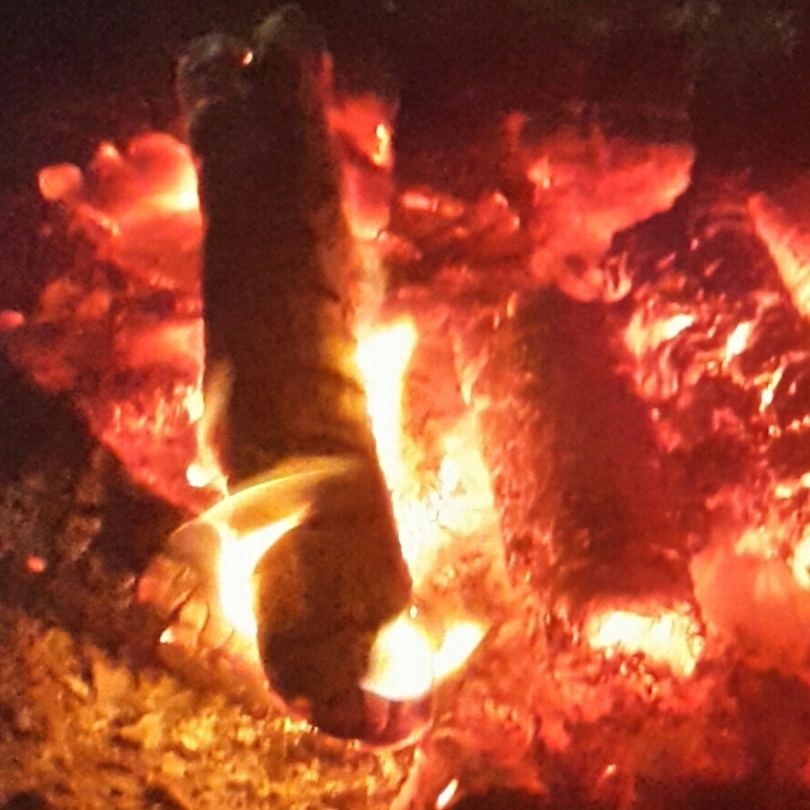 The end of the month (25th January) brings Burns’ Night. Even if you’re not a poetry fan, (veggie) haggis, neeps and tatties is a wonderfully warming, cheap and filling meal – ideally with a generous whisky. I make cranachan with blackberries rather than raspberries for dessert. They work brilliantly with the whipped cream, honey, and oat mix – and perhaps just another small tot of whisky, to stave off the January chill…