I recently signed up to join the 64 Million Artists January Challenge. This is designed to support creativity, encourage peer support and enhance wellbeing.

The tasks are broad and simple. Make an arty representation of 2020 and change the colour of something were two of the challenges. Another was making a puppet from found objects.

This reminded me how much I love ‘rubbish crafts’ – using the contents of the recycling bin for crafting. I decided to make a puppet from old tights. 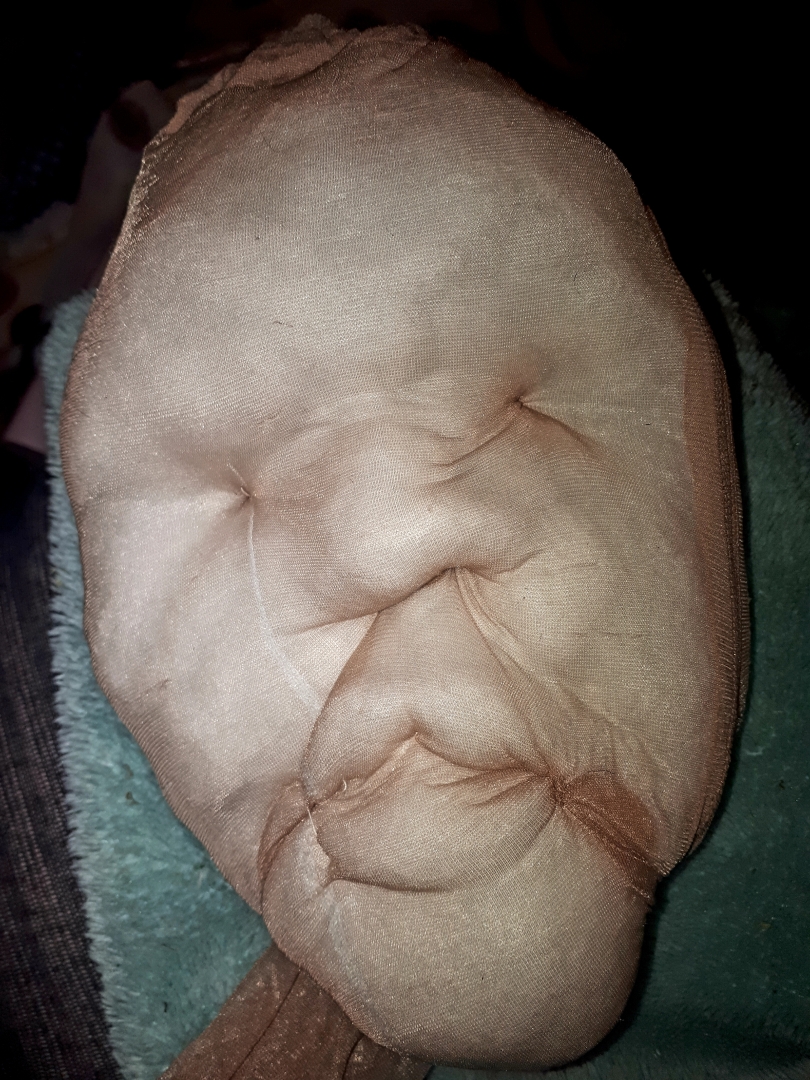 Adding stuffing from an old pillow, wool scraps and a touch of glitter for her eyes worked better than I had imagined. 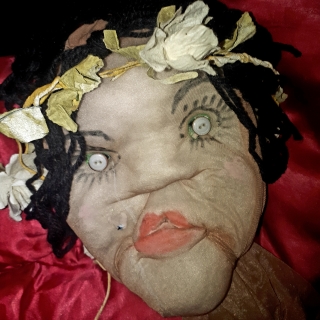 I added a neck so I could move her. I will add a torso and arms/legs when I have some more tights to use.

The colour change challenge could have entailed digital photo manipulation – but instead, I used it as an excuse to glitter an old chest of drawers. They’ve been looking tatty for a while and I had some glitter left over from a festival (before I moved to biodegradable glitter.)

Furniture offered a good way to (mostly) contain it rather than adding microplastics to the world.

While I had the glue out, I also decorated a dull frame with flowers to brighten up the bathroom and add some colour while it’s grey outside. I’m a big believer in bringing the outdoors in – if only with fake flowers – to keep.the winter blahs at bay.

Another task was creating a beautiful item in ten minutes and giving it away. I opted for a dragon’s egg made from old eggshells as the fastest craft that might produce a suitable gift. It wasn’t as polished as I’d like but it should make someone smile, with any luck. 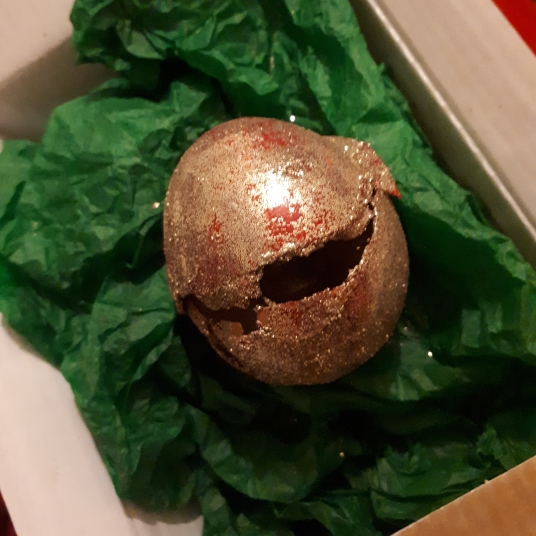 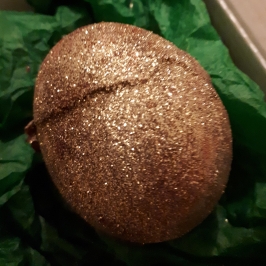 Having a reason to be creative every day (aside from ‘because I want to’) is fun. It’s enjoyable working out how to rise to the challenge – and can only be good for practicing crafting skills.

Rather than recycling, create a rubbish crafts box. You’ll be surprised by how much you can reuse. Particularly if you join in with #TheJanuaryChallenge.